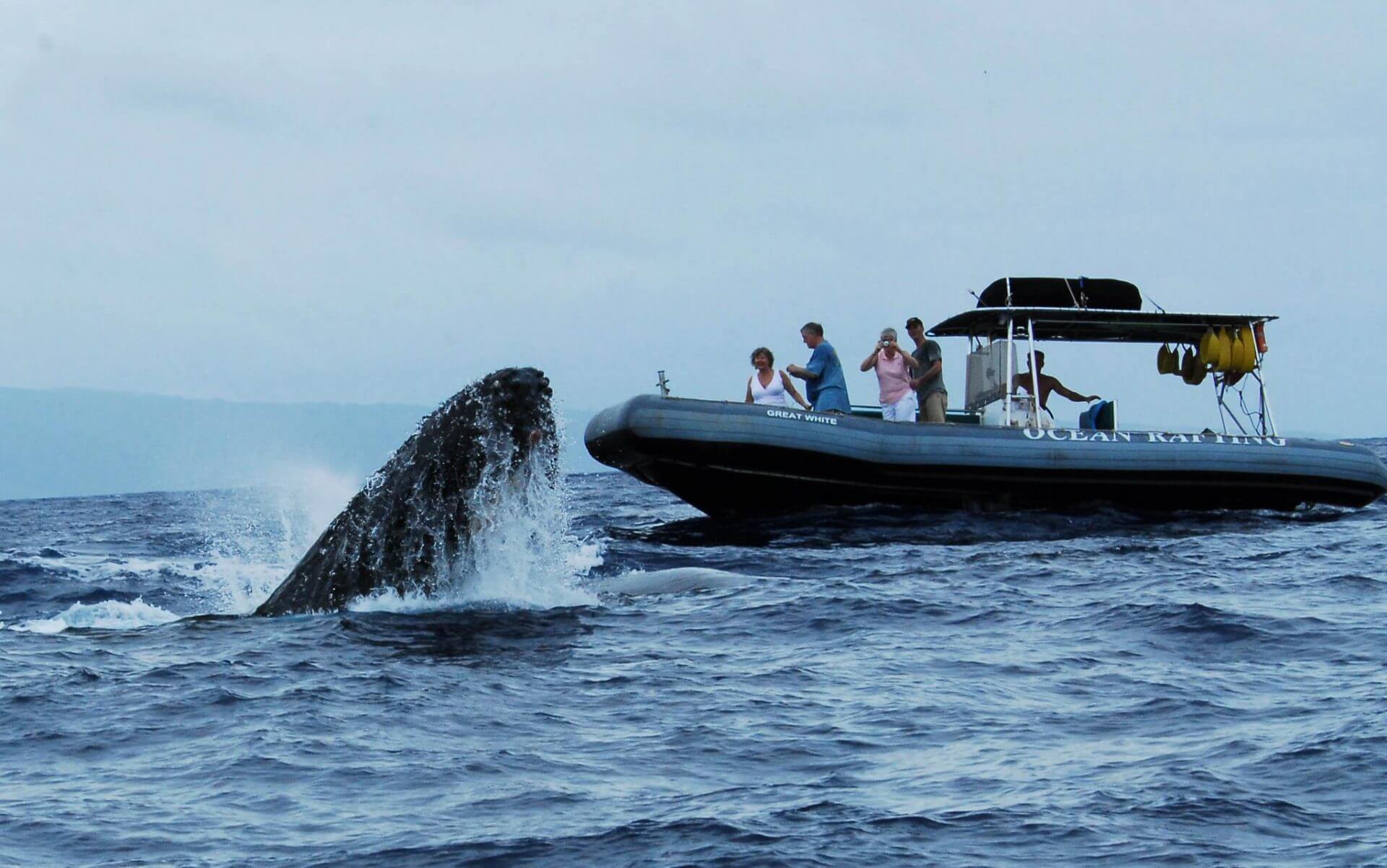 Maui whale watches. Have you ever wondered how whales sleep? 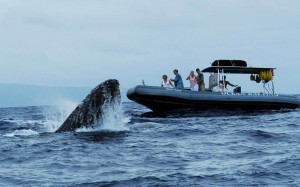 Humpback whales continue to remain quite mysterious, did you know that no one has ever documented a humpback whale giving birth? Here on Maui we witness all kinds of mating behavior as well as mothers and thier new calves getting to know each other. One think we know for sure is that a whale must come to the surface to breath. That is the most common way to spot a whale, you look for the huge puff of air and water vapor escaping from the blowhole.  The question has been asked on more than one of our Maui whale watches; How do whales sleep if they have to constantly come to the surface to breath?
Humpback whales are voluntary breathers, meaning they think about every breath they take.  A whale breathes through the blowholes on top of its head, so it needs to come up to the water surface to breathe.  But that means the whale needs to be awake to breathe.  How's a whale going to get any rest? The way a cetacean sleeps is surprising. Quite unlike us, whales "sleep" by resting one half of their brain at a time. While one half of the brain stays awake to make sure the whale breathes and alerts the whale to any danger in its environment, the other half of the brain sleeps.

We humans are involuntary breathers, meaning we breathe without thinking about it and have a "breathing reflex" that kicks into gear when we're sleeping or are knocked unconscious.

Whale sleep is complex and still being studied. One interesting finding, or lack thereof, is that whales do not appear to have REM sleep that is characteristic of humans. This is the stage in which most of our dreaming occurs.

Where cetaceans sleep differs among species.  Some rest at the surface, some are constantly swimming, and some even rest far below the water surface (for example, captive dolphins have been known to rest at the bottom of their pool for a few minutes at a time).  Humpbacks have been observed resting at the surface for sometimes half an hour at a time. These whales take slow breaths that are less frequent than a whale that's active. They are so relatively motionless on the surface that we refer to this behavior as "logging," because they look like giant logs floating on the water.