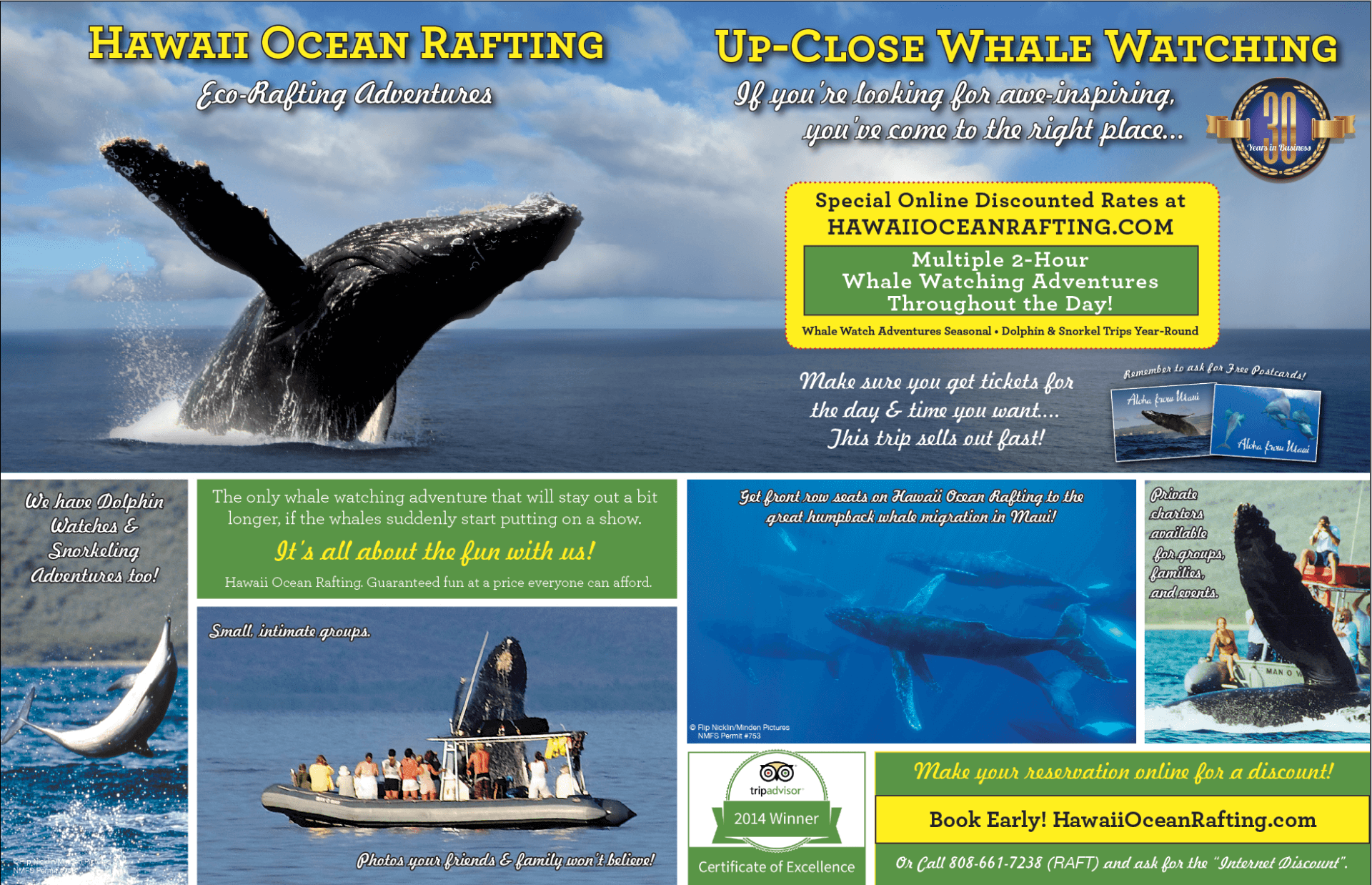 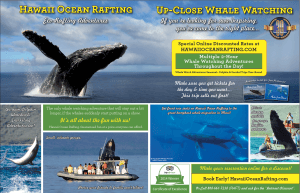 Maui humpback whale watching and listening; did you have any idea how complex a humpbacks "song" can be?

The word "song" is used to describe the pattern of regular and predictable sounds made by the humpback whale. The male humpback whales have been described as "inveterate composers" of songs that are "'strikingly similar' to human musical traditions".It has been suggested that humpback songs communicate male fitness to female whales. The click sounds made by sperm whales and dolphins are not strictly song, but the clicking sequences have been suggested to be individualized rhythmic sequences that communicate the identity of a single whale to other whales in its group and allows the groups to coordinate foraging activities.

The songs follow a distinct hierarchical structure. The base units of the song (sometimes loosely called the "notes") are single uninterrupted emissions of sound that last up to a few seconds. These sounds vary in frequency from 20 Hz to upward of 24 kHz (the typical human range of hearing is 20 Hz to 20 kHz).  The sound may go up, down, or stay the same during the note) or (get louder or quieter).  A collection of four or six units is known as a sub-phrase, lasting perhaps ten seconds. A collection of two sub-phrases is a phrase. A whale will typically repeat the same phrase over and over for two to four minutes. This is known as a theme. A collection of themes is known as a song. The whale will repeat the same song, which last up to 30 or so minutes, over and over again over the course of hours or even days.

All the whales in an area sing virtually the same song at any point in time and the song is constantly and slowly evolving over time. For example, over the course of a month a particular unit that started as an upsweep (increasing in frequency) might slowly flatten to become a constant note. Another unit may get steadily louder. The pace of evolution of a whale's song also changes—some years the song may change quite rapidly, whereas in other years little variation may be recorded.

Whales occupying the same geographical areas (which can be as large as entire ocean basins) tend to sing similar songs, with only slight variations. Whales from non-overlapping regions sing entirely different songs. As the song evolves, it appears that old patterns are not revisited.An analysis of 19 years of whale songs found that while general patterns in song could be spotted, the same combination never recurred.

Humpback whales may also make stand-alone sounds that do not form part of a song, particularly during courtship rituals. Finally, humpbacks make a third class of sound called the feeding call. This is a long sound (5 to 10 s duration) of near constant frequency. Humpbacks generally feed cooperatively by gathering in groups, swimming underneath shoals of fish and all lunging up vertically through the fish and out of the water together. Prior to these lunges, whales make their feeding call. The exact purpose of the call is not known, but research suggests that fish know what it means. When the sound was played back to them, a group of herring responded to the sound by moving away from the call, even though no whale was present.