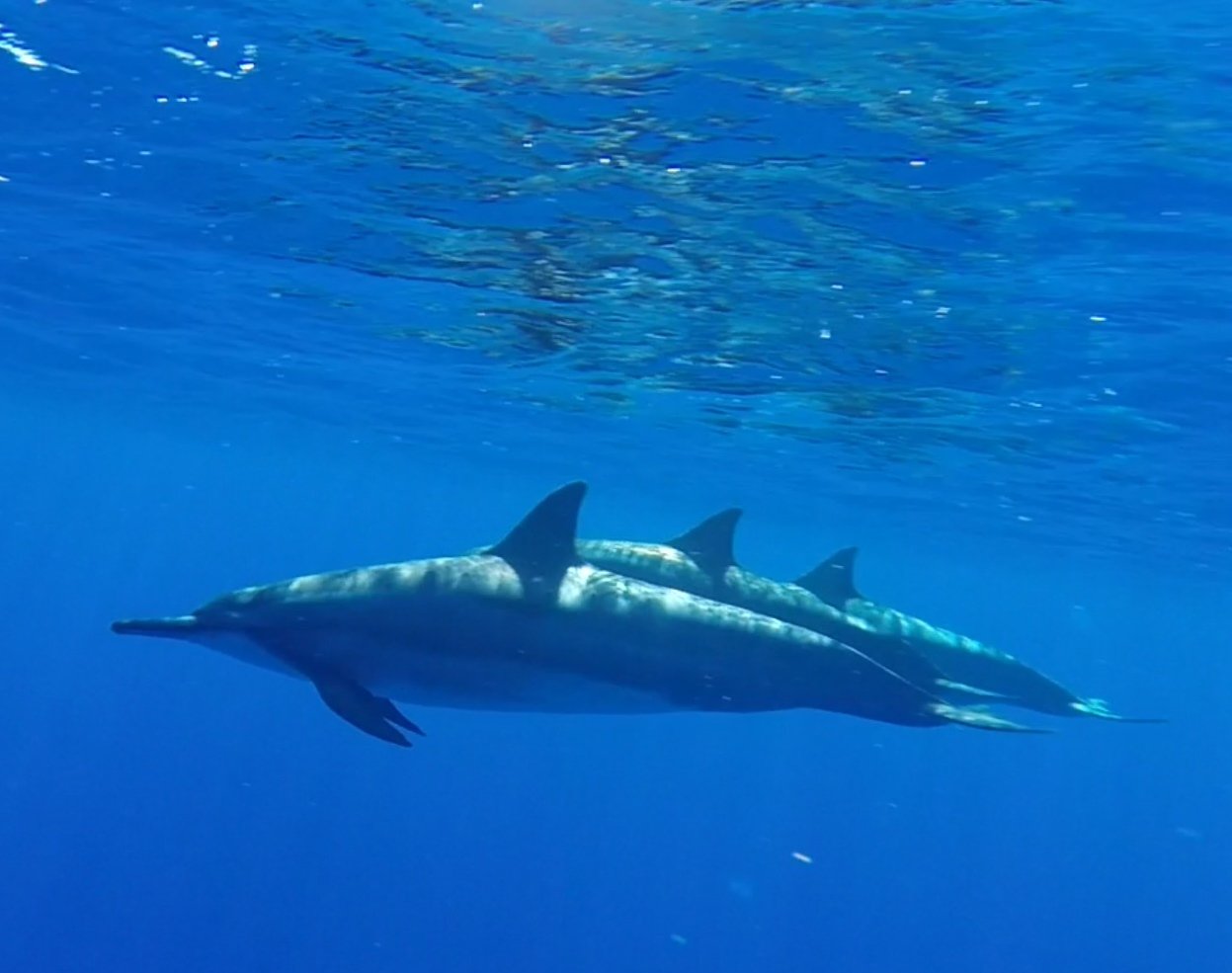 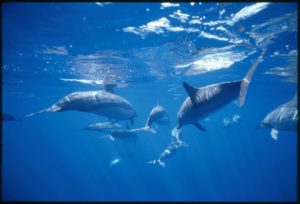 Our Lanai snorkeling tours are a favorite among visitors and locals alike. We specialize in small group tours to the island of Lana’i. We take groups far from the beaten path to experience some of the worlds most pristine reefs and landscapes. As if the mind blowing sights just below the oceans surface weren’t enough, Lana’i is home to at least three different species of dolphin. We are often met by either spotted or spinner dolphins. We ocassionally encounter the more rare bottle nosed dolphin. We’ve compiled a bit of information about each dolphin species that you are most likely to see so you can brush up before you experience these beauties first hand. All of our trips leave conveniently from Maui’s Lahaina harbor. If you are going to be on Maui between December and May, we also offer whale watches! The best Maui snorkeling

Spots are key defining characteristics in adults, though immature individuals are generally uniformly colored and can look like a small bottle nose dolphin.  This dolphin has a long, thin beak. The upper and lower jaws are darkly colored, but are separated by thin, white “lips”. The chin, throat, and belly are white to pale grey with a limited number of spots. The flanks are separated into three distinct bands of color — the lightest at the bottom, followed by a thin, grey strip in the middle of the flank, and a dark-grey back. The tall dorsal fin is similarly colored. The thick tail stock matches the color of the middle band. The pan tropical spotted dolphin is very active and is prone to making large, splashy leaps from the sea. Bow-riding and other play with boats is common